Kingston Green Party is delighted to announce that Surbiton councillor Sharron Sumner has joined the Green Party. Disappointed by the Lib Dem Council’s failure to get to grips with tackling the toxic pollution affecting the community, and the increasing threat of climate breakdown, Sharron has committed to leading on Green Policies to really make a difference.

Cllr Sumner, said, “We are facing a climate catastrophe which the establishment parties have ignored for far too long. Locally the new Lib Dem council have failed to get to grips with tackling air pollution and whilst working on the KingstonCAN (Clean Air NOW) campaign I have been impressed by the vision and values of the local Greens and of the Green London Mayoral candidate Sian Berry and of course Caroline Lucas MP.” 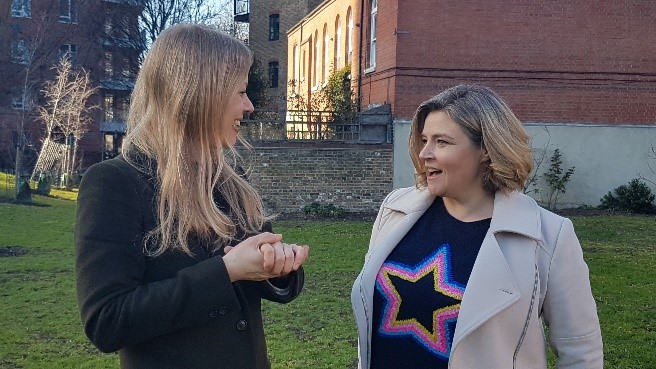 Welcoming Sharron, local Green Party Spokesperson Chris Walker said, “Sharron is a born campaigner and we have been working closely with her on the KingstonCAN campaign to clean up our polluted air. We have been impressed by her grasp of the issues and her hard work to listen to and involve local people. We look forward to working with her to win more councillors and help to make a difference at the next election whenever it comes.”

Cllr Sumner, said “I am humbled by the faith the Greens have shown in me and I hope to repay it by building a movement that puts climate change and sustainability at the top of the agenda.”

Sharron will sit as a Green Councillor at the Guildhall, joining a growing band of Greens in local government across south west London.